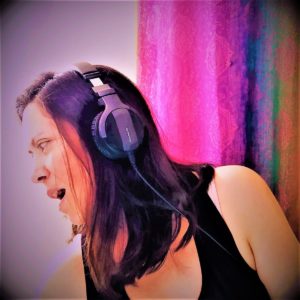 Facebook
Instagram
I'm an eclectic DJ with a love for discovering new music all the time. Dancing has given me so much healing that I really love being an instrument through this art form to channel all that we can experience in the moment. I create all my sets with this intention so it makes me so very happy when other dancing feet join in! :)

I like to create deep journeys with a range of human emotions so no genre is off limits if it moves me.

Given my roots, I love to incorporate some Latin rhythms in my sets too and the range is widening by the day so I’m not going to list all the sub-genres here but certainly Electrocumbia, Organic Downtempo, Funky/Electro/Tropical/Tribal/Afro/Tech House and Techno feature prominently.

In my sets you can expect smooth and raw tunes and smooth transitions.  From soulful, lyrical, quirky, funky to minimal industrial techno with a touch of Eastern melodies, lots of drums and a sprinkle of disco for good measure.

Always a creative and musical child who found free expression in movement and dreaming of becoming a dancer.

Since my teens I’ve also been unknowingly preparing to become a DJ when cassettes were the only way of collecting music for the average person and I created tape compilations of my favorite tracks under some sort of loose theme to give away as gifts to people around me. I suppose the idea of creating a musical journey was present even then.

However, I don’t remember identifying with the idea of the DJ role in the traditional sense.  Many years later when I discovered 5 Rhythms and saw how my love of dancing combined with music could really find an outlet, I knew I was getting closer to this passion.

Still, the real possibility of of becoming a DJ only became transparent when I encountered Ecstatic Dance in 2020.  By then I’d been a “bedroom DJ” for two years as well using rudimentary gear and recording my sets just for myself as I kept working on perfecting my craft investing in courses along the way.